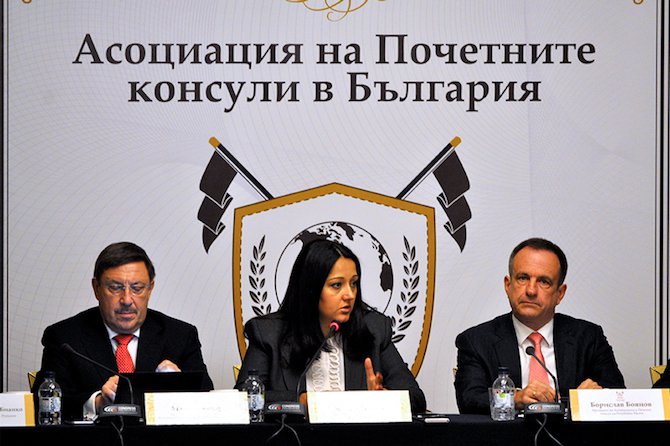 The Minister in charge of the Bulgarian EU 2018 Presidency and Guest of Honour to the event, Mrs. Lilyana Pavlova, outlined before the delegates – ambassadors, politicians and business representatives, the Presidency priorities that will have a special emphasis – the Western Balkans and the young people. In her address she stated that the hot issues to be discussed during the Bulgarian Presidency, include security, migration, integration, the energy union, measures for climate. The government wishes that the Presidency which has the motto “United We Stand Strong” to be not only Bulgarian, but also Balkan. On his part, Mr. Borislav Boyanov, President of the Association and Honorary Consul of the Republic of Malta, highlighted the importance of the Association support to the Presidency saying that: “The main activities of the Honorary Consuls aim both at developing trade and economic ties, and enriching the cultural and scientific relations between the countries. Consuls are a valuable diplomatic resource and will become an active instrument of bilateral foreign policy.”

Bulgarian Presidency mandate starts on 1 January 2018. The Presidency will be responsible for the preparation, coordination and leadership of all meetings of the Council of the EU and its supporting bodies and structures. If carefully planned and utilized, the Presidency mandate will provide Bulgaria with the opportunity to put forward some of its strategic priorities into the political agenda of the European Union.